Traffic at SR-92 and I-15 Interchange

During the city council meeting on 15 April 2014, our Utah House representative for District 27, Mike Kennedy, discussed a number of issues with us. One item he brought to our attention is the amount of traffic at the SR-92 and I-15 interchange.

Mike Kennedy gave us this flyer describing the problem and a proposed crossing for Triumph Blvd. over I-15: 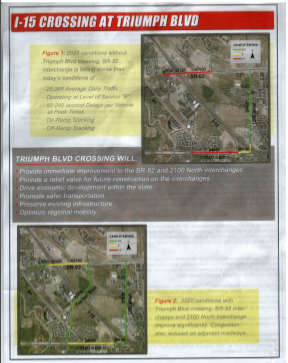 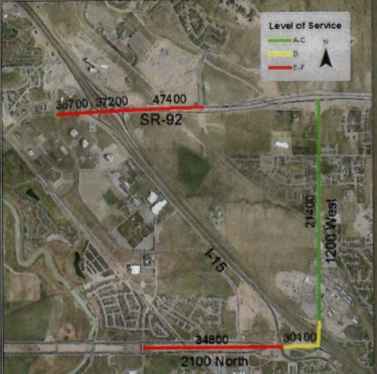 The possible ratings for traffic conditions are shown below, with delays for signaled intersections:

To fix this problem, a bridge over I-15 is being proposed for Triumph Blvd., as shown below. 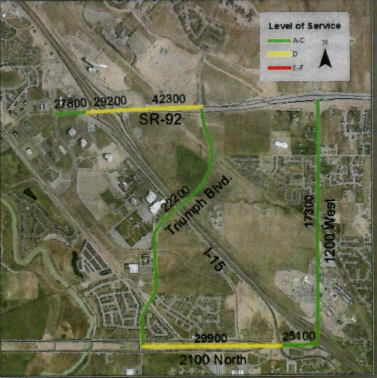 This again shows the traffic level, with the projection indicating that the problem areas will be improved to a level of "D". I do not know if any funding is being set aside for this project, or which agency would build it.

It's not clear what could be done to further improve traffic congestion in the area. With the amount of development in Lehi, a likely move of the prison causing more development in Draper, and the already difficult conditions at the Point of the Mountain, we can likely expect congestion in this area for a while. It might be time to think about improving bicycle access and public transit in the area.