The current proposal is shown in the image below: 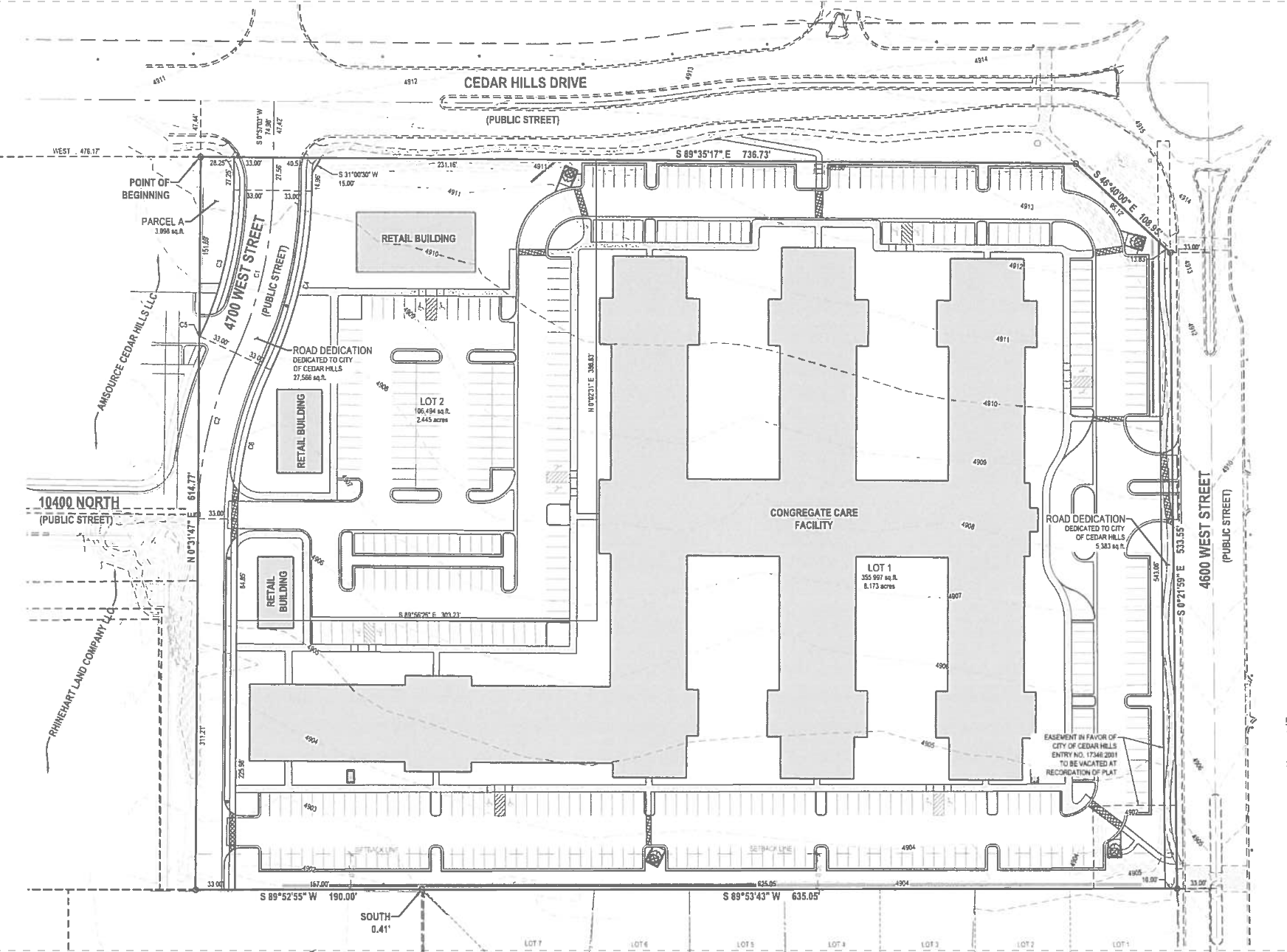 The large building in the center is the congregate care facility, with three retail buildings of various sizes on the west end. Note the new road that needs to be built, 4700 West, which is part of the plan for the commercial area. This road is across from the main driveway into WalMart on Cedar Hills Drive, and may eventually extend throughout the commercial area.

The congregate care facility is proposed to be three stories high. The original proposal for this building was a smaller footprint, but four stories tall on the sides and five stories in the middle. Because our design guidelines state a preference of two stories, with a maximum of three, the developer has lowered the height of the building. To maintain his target of 300 units, he has also stretched the footprint of the building to cover the entire portion of the Mixed-Use Office/Retail sub-district that is available for this property. This is the only remaining portion of our commercial zone that allows an assisted living facility, which is why the building has an "L" shape. The developer is clearly trying to maximize the size of the building that could fit on the property.

Below are some renderings of the elevations for the proposed building. This is from the east side, across from the Charleston, showing the front entrance of the building:

This is from the same east side, but zoomed in to show some detail of the front:

The following are the west, north, and south elevations:

This gives you a sense of the scale of the building.

You can view detailed documents on the proposal here:

I encourage residents to provide substantive feedback at the public hearing. The planning commission can't make a recommendation based on "public clamor", in other words people who are just generally dissatisfied with this building. Rather, both the planning commission and the city council need to make decisions based on findings of fact. For example, these may be based on how the building fits with our general plan; the size, scale, or density of the building; the zoning of the area; whether the building fits a definition of congregate care and is similar to assisted living; the compatibility of the building with the surrounding residential community; and other considerations listed in our general plan, city code and design guidelines.

For background, below are the previous articles I have written on this development: