Today the developer, Doug Young, took city staff and a couple members of the planning commission and city council on a tour of some of the sites he has developed. We got a chance to see some of his developments in Draper, Herriman and Sandy.

The main location we visited was the RoseGate 55+ apartments in Sandy, built by the same developer. You can see a promotional video at the above link.

Mr. Young provided some shots of the exterior: 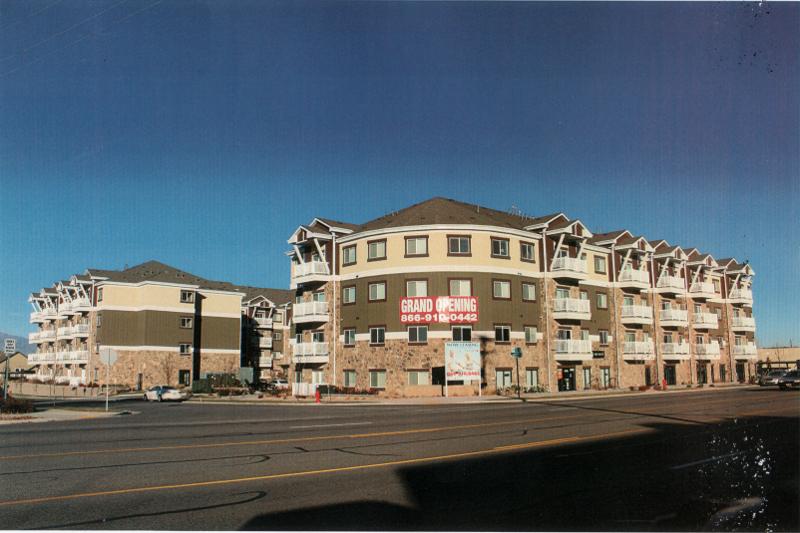 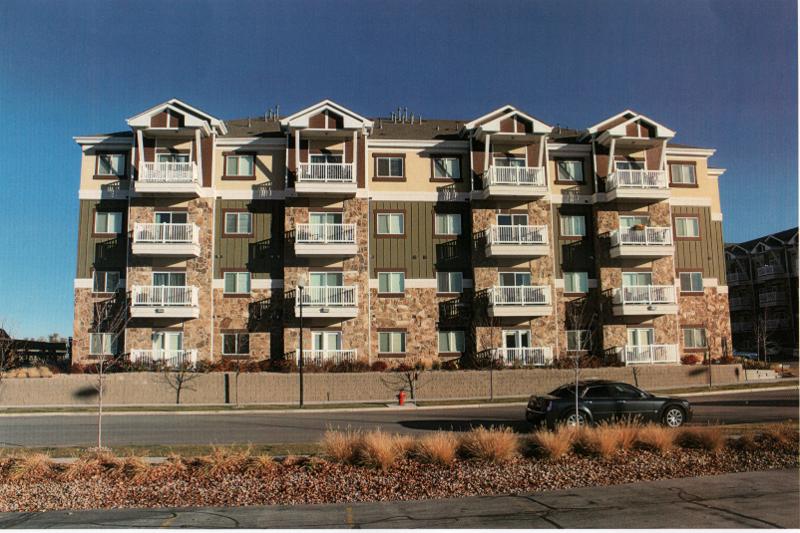 Note that because of the size of the lot, and design guidelines enforced by Sandy, this building sits right on the street and does not have much nearby retail. The development planned for Cedar hills will have more space and landscaping around the building, and will be more conveniently located to shopping for residents, with Walmart across the street. Mr. White has an incentive to provide the additional retail he has planned. Since he will own and lease out the units in the building, he will want additional shopping and dining options for residents, which will increase rental prices.

Here is a closeup I took of the exterior: 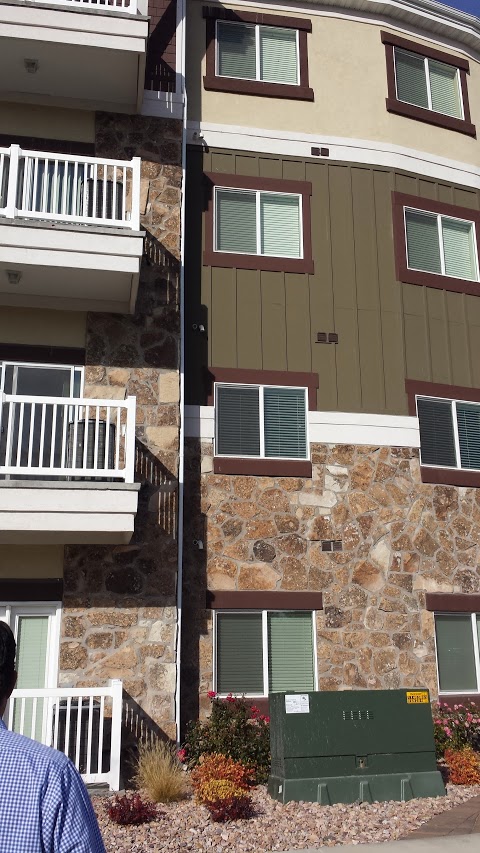 Here is a shot of the lobby, which is located right inside the main entrance: 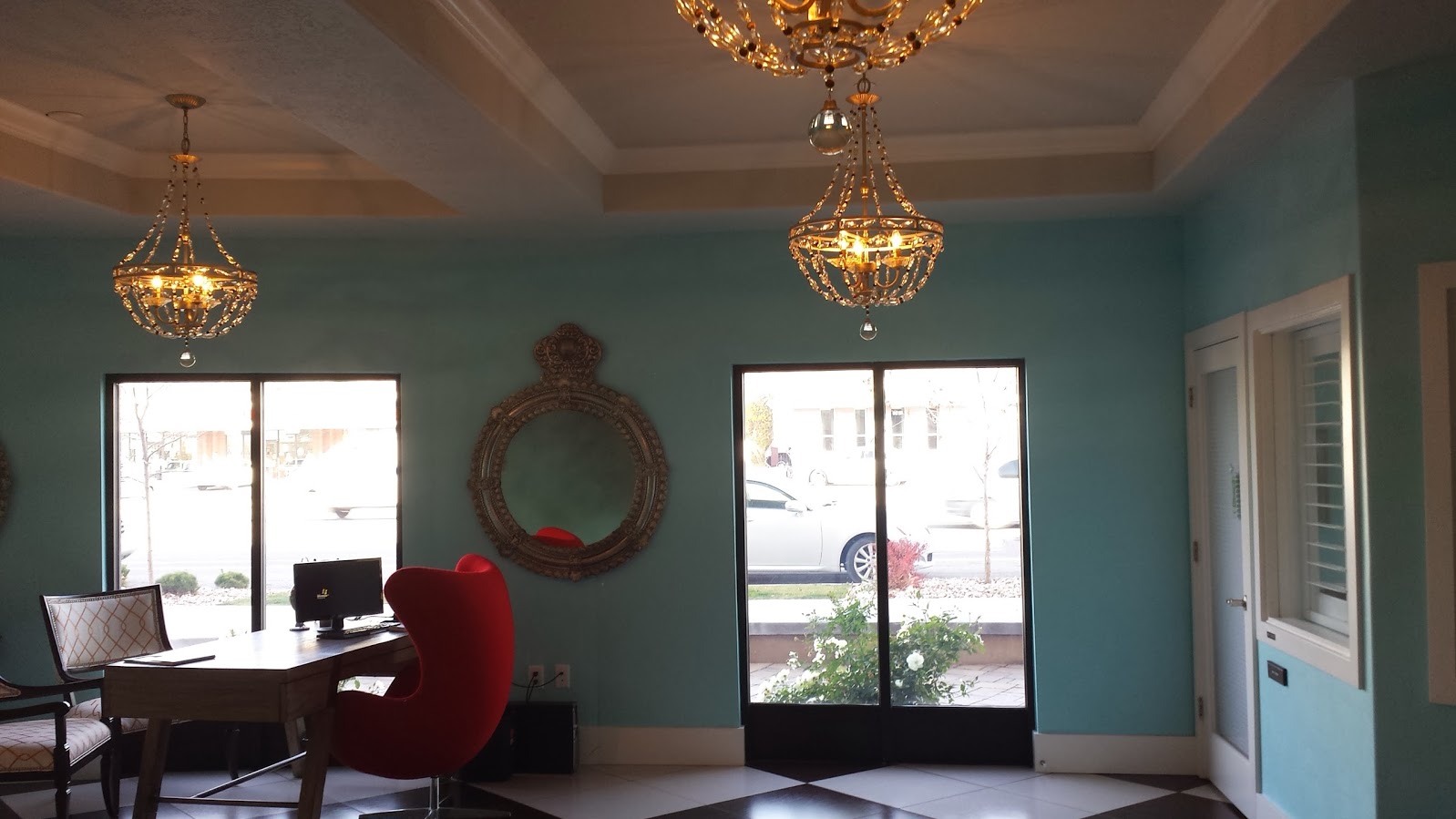 Behind the lobby is a beautiful clubhouse, which can be used for parties and other events: 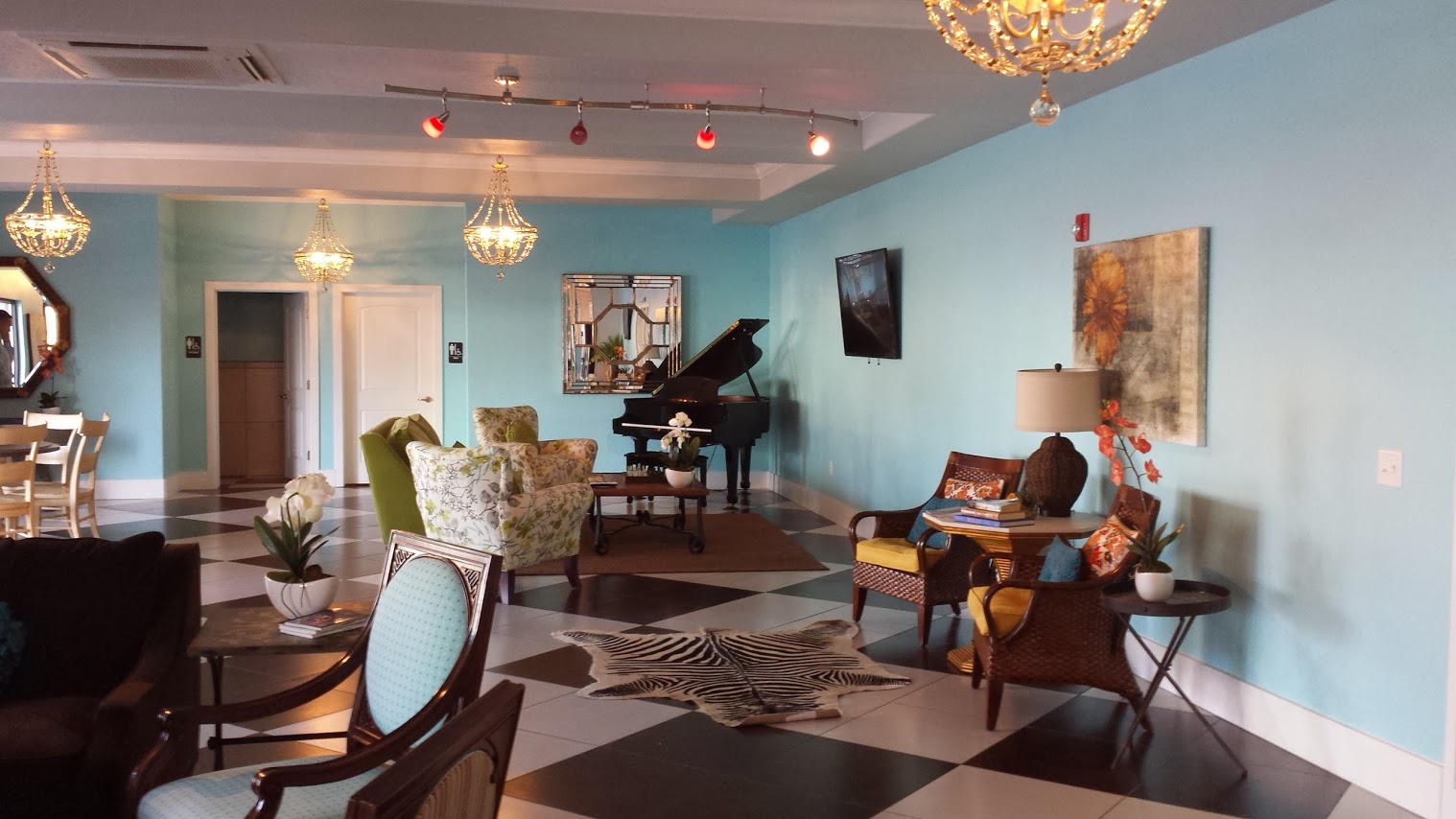 The facility has a four floors in total, with another amenity on each floor. A craft room: 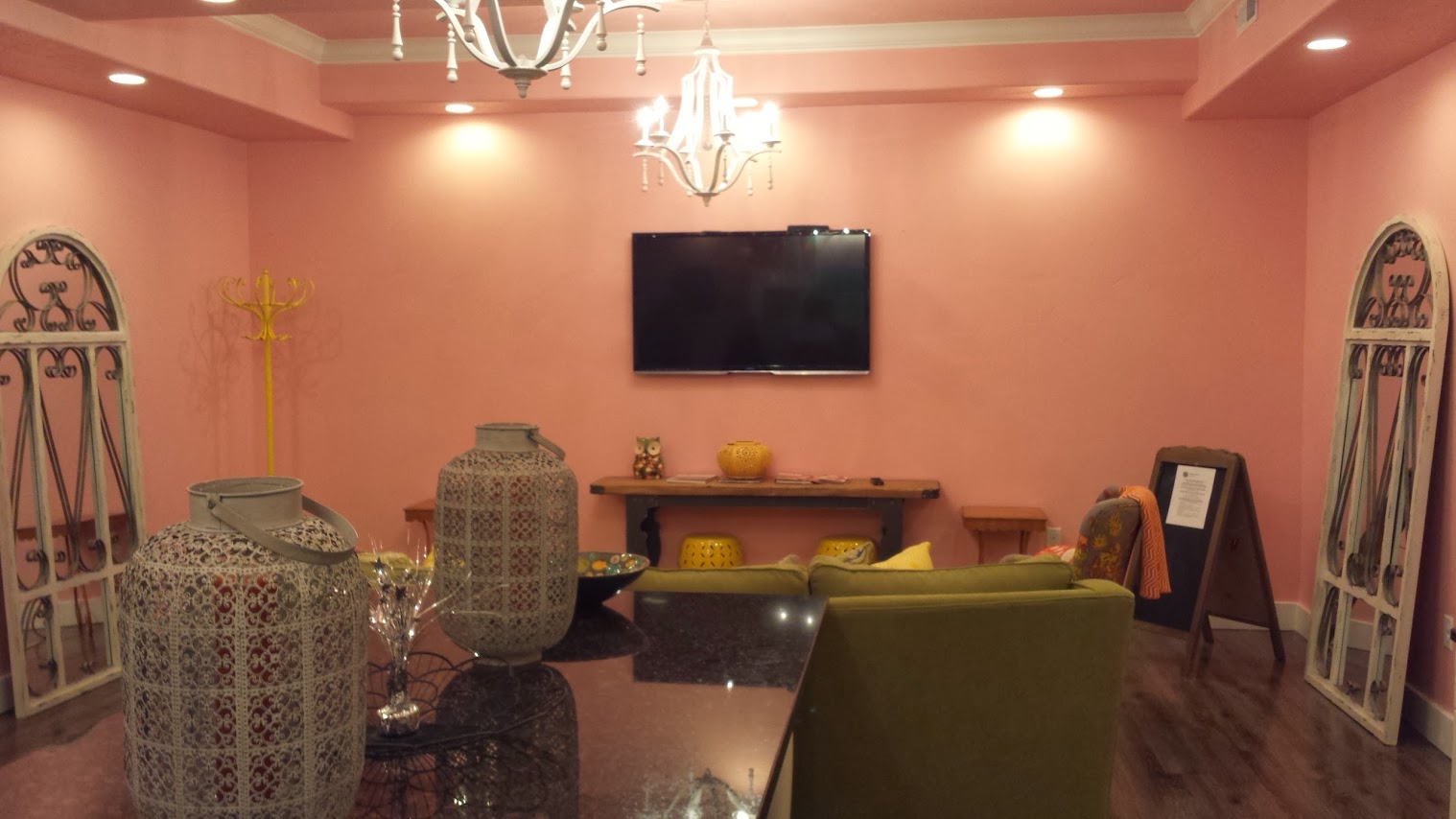 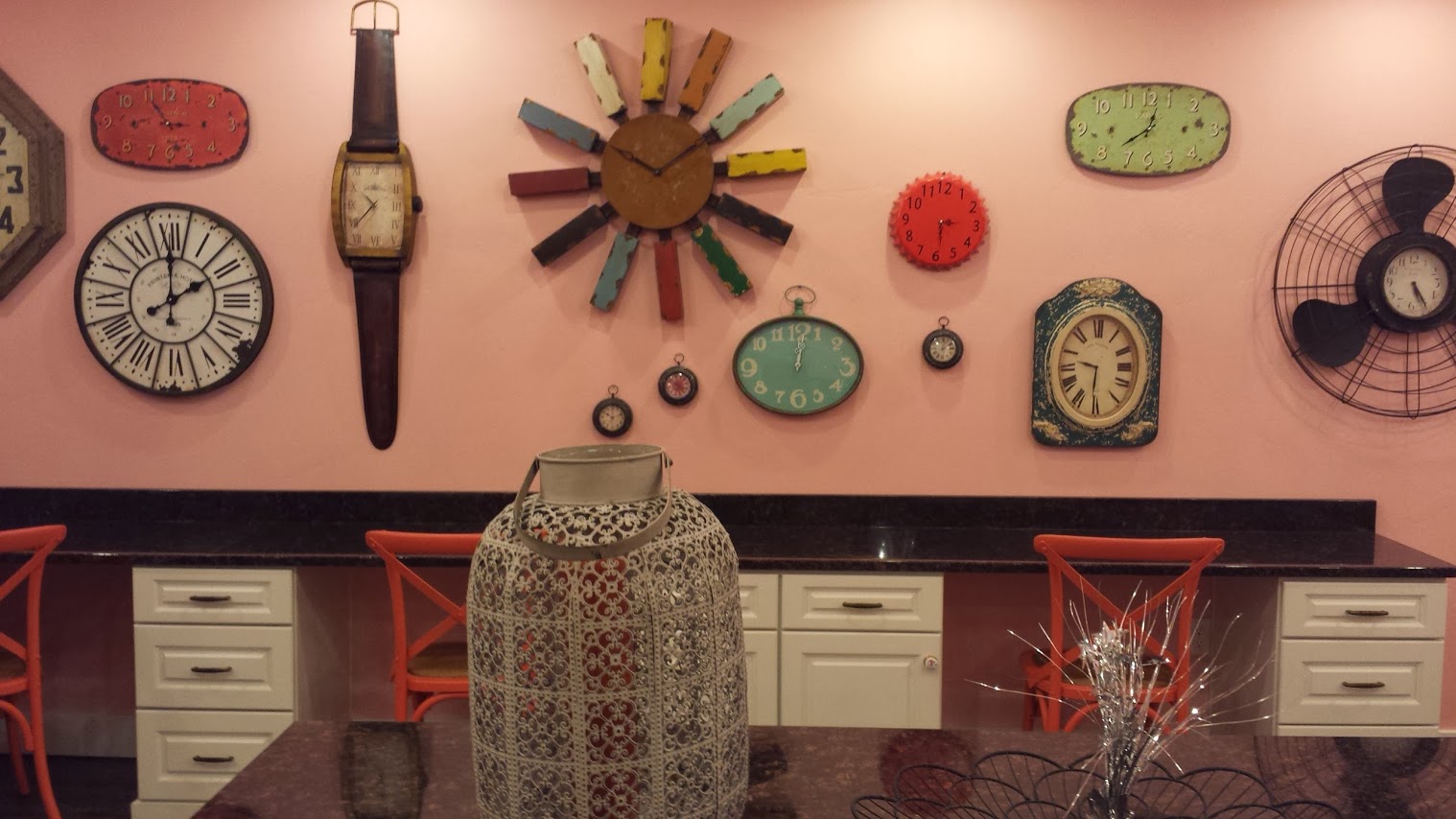 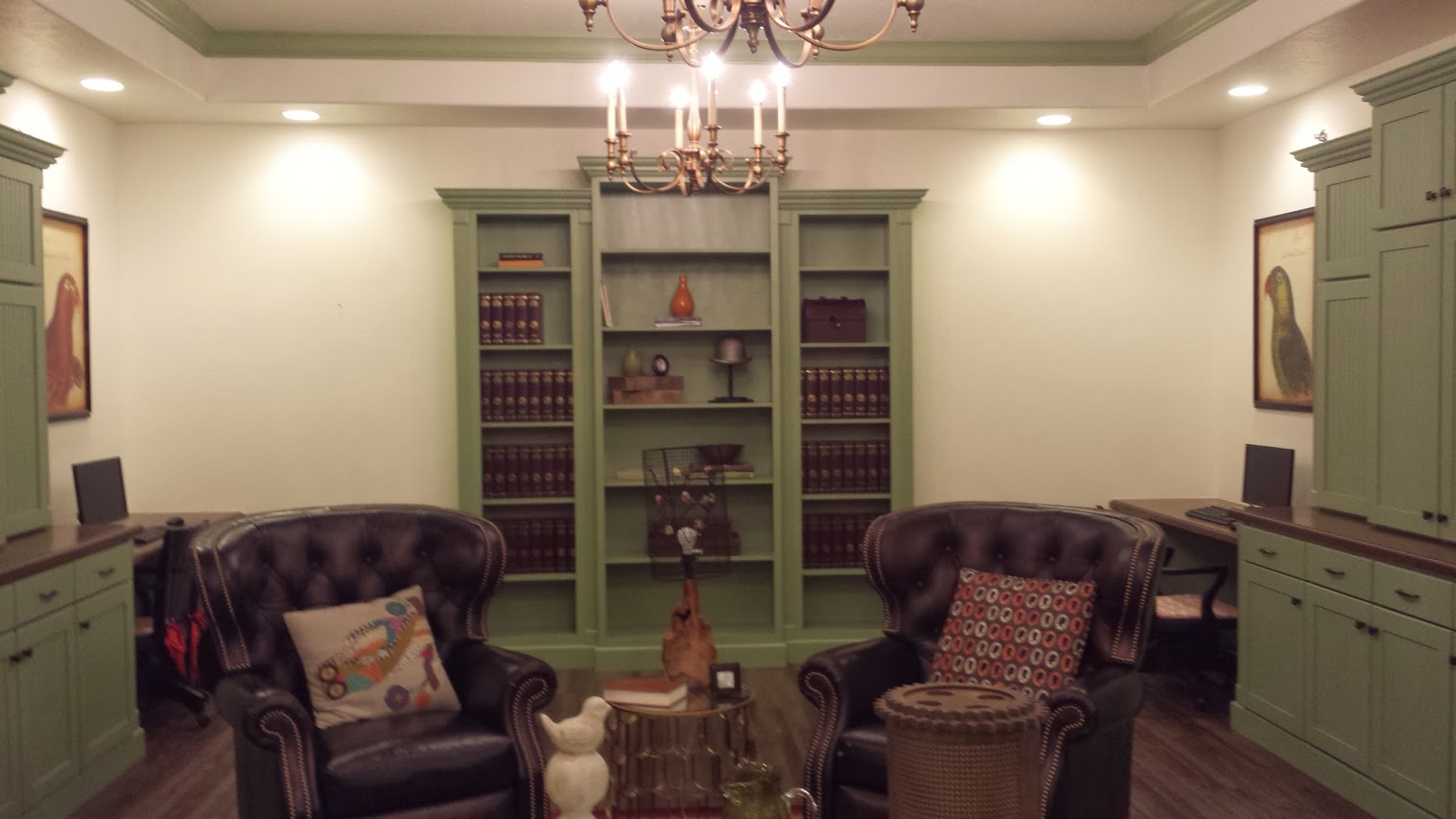 There is also a theater room and an exercise room.

Each floor is decorated in its own colors:

There is also a theater room and an exercise room. 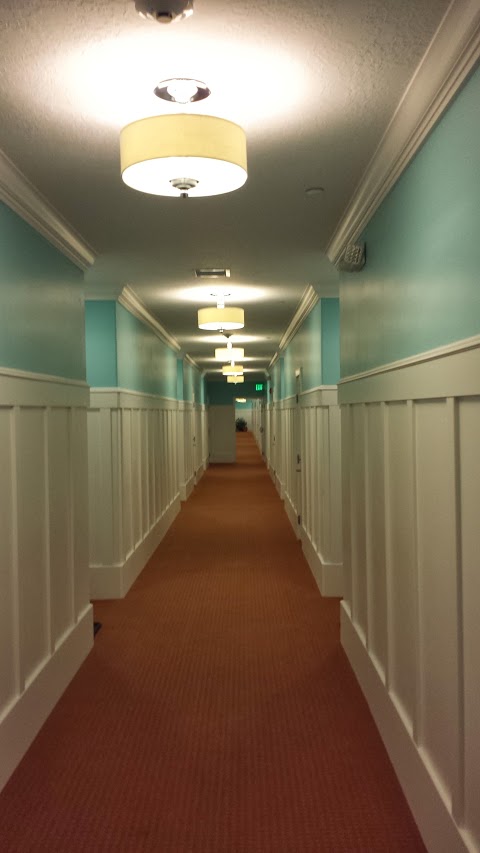 The apartments themselves are pretty plain, but functional, and range from 700 to 1300 square feet. 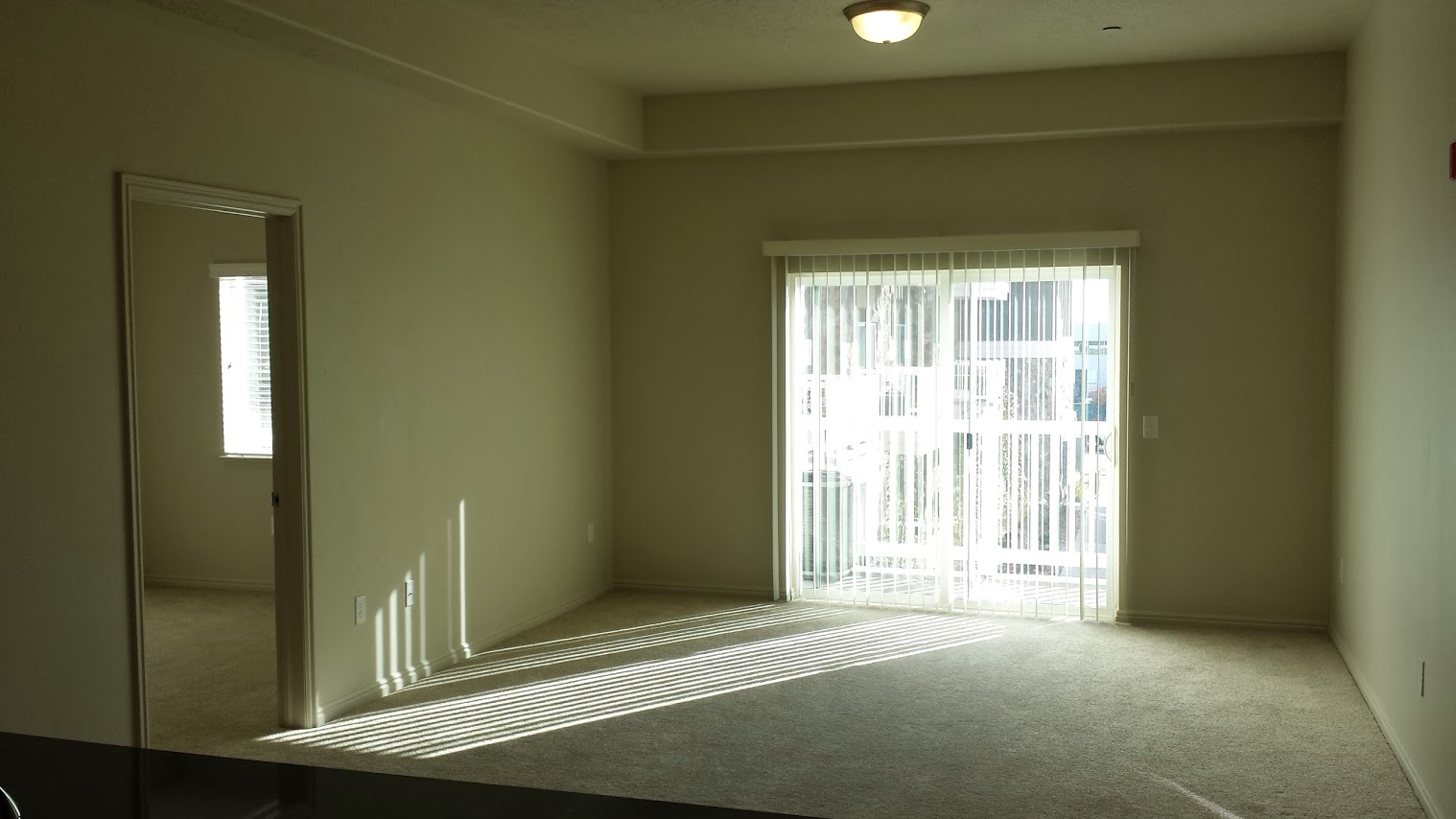 We also visited several theaters. In South Jordan, The District is a thriving area, with shops and restaurants, plus Target and other big stores, near a theater. This is much larger than the development being planned for Cedar Hills, but has a "main street" leading up to the theater that the developer would like to imitate: 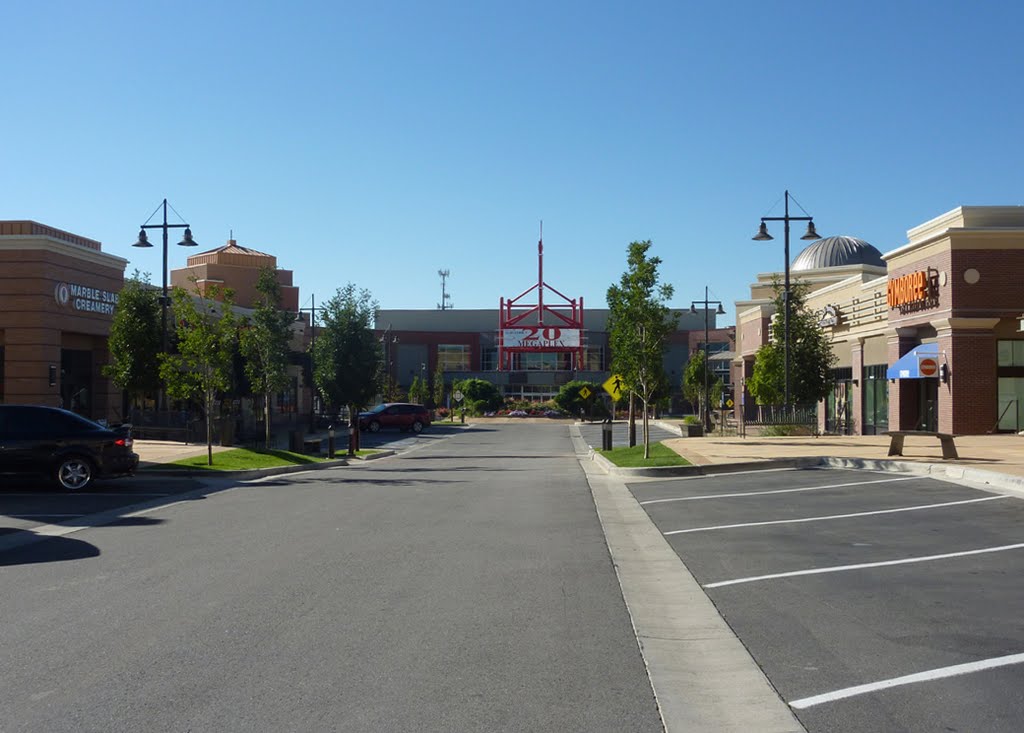 We also visited a theater on a smaller site in Sandy. The development for Cedar Hills would be larger than this one, but I was able to get a good shot of what a 20-foot landscaped setback would look like behind the theater: 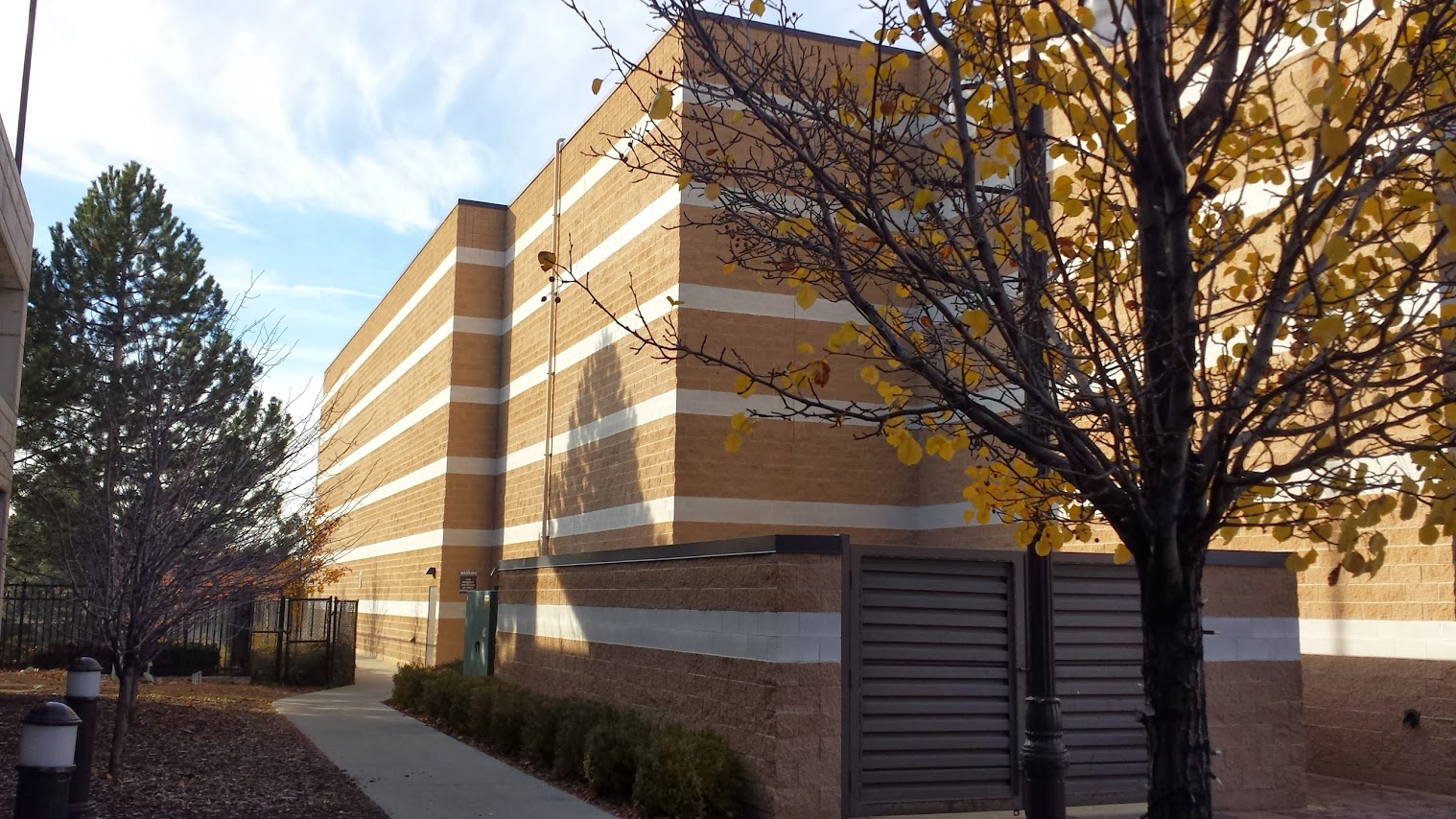 Mr. Young also showed us around Daybreak, and explained how the planned retail for Daybreak has struggled because it lacks an anchor attraction. The District has pulled away the retail and restaurants. Likewise, down the street from The District is a Walmart that has some fast food restaurants but lacks the traffic of The District. He believes that because a theater draws people into an area, this will make the difference between Cedar Hills having sit-down restaurants and upscale retail versus fast food and strip malls. He wants a retail area that will better suit our demographic and the residents of the senior living facility.

Mr. White appears to be a very successful developer, and has carried off big projects in Salt Lake County. I like the idea of a master-planned development for our commercial area. This would provide much nicer shops and restaurants to our community, as compared to a strip mall. The big advantage for us would be that this would help increase our property values. It would also provide residents with a nice area to shop and find entertainment close to home.

The senior living facility at Rosegate is nicely designed. The interior is lovely and welcoming. I was pleased to hear the property manager tell us that they are not allowed to rent to anyone with children, due to restrictions on 55+ housing. In addition, their experience is that only 10% of the people living there are under the age of 55, and generally move in when they are caring for someone older. This eases my concerns about younger families and kids overwhelming our crowded schools.

The Rosegate facility is large and imposing because it sits right on the street, and there is little landscaping around it. The planned facility with Cedar Hills would be set back farther from the street, and have shops and green spaces surrounding it. Mr. White plans to make it feel more like a hotel in its design elements and amenities, and wants to provide closer shopping and dining than is available in Sandy. I think that if Mr. White is willing to lower the height of his building to three stories, that this could be a good fit for Cedar Hills. A smaller building will lessen the impact of parking and traffic, and will also blend better with the Charlston and the surrounding residential community.