The city is currently revising our zoning and development ordinances for the commercial zone. This post outlines our process to date and shares the current drafts the council will be considering. We would like to hear your feedback if you have any concerns or suggestions.

A small team of elected and appointed officials, plus city staff, have worked on drafting revised zoning ordinances for the past 4 months. We have received input from the ULCT and our own legal team, as well as input from residents via a survey. The Planning Commission held several meetings discussing the new ordinances and also held a public hearing. At their April 26th meeting the commission adopted some changes and recommended the ordinances to the council. The City Council meets on Tuesday, May 3rd, to hold a public hearing on the revised ordinances and to potentially adopt them.

We have revised the document previously called the "Design Guidelines" and placed it in Section 10-6A of city code (called Planned Commercial Developments). This ordinance sets forth zoning regulations for the commercial zone, including permitted and conditional uses, site requirements (such as landscaping, streetlighting, signs, parking), building requirements (such as architecture, building height, setbacks), residential use requirements, and mitigating impacts.

The document is here: Planned Commercial Developments, Section 10-6-A 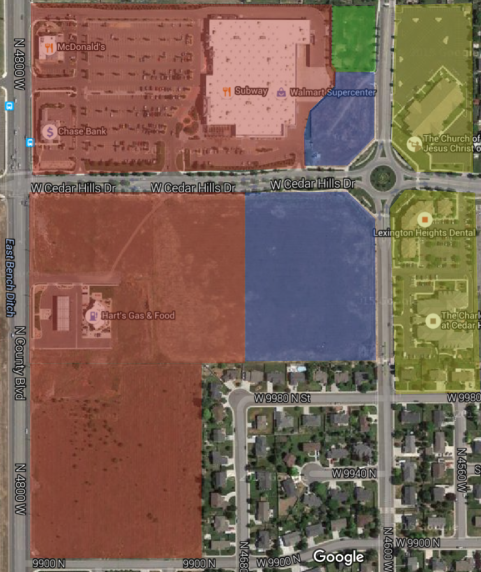 The document is here: Cedar Hills Land Use Code Numbers

A Conditional Use code was drafted to provide a clear description of the conditional use process and the standards to be used when considering a permit. Any use listed as conditional in the revised zoning ordinances will follow this process.

The document is here: Conditional use Code, Section 10-5-37

We are considering some changes to the General Plan to ensure it is consistent with our revision of the zoning ordinances and to eliminate some very outdated material.

The document is here: General Plan Land Use Element

There are miscellaneous additional changes to city code that will be needed to harmonize the code with these zoning changes. These will be dealt with soon.

Please give us feedback on these changes. We would really like to know if you have any concerns or suggestions.