I would like to collect resident feedback on the proposed commercial development across the street from the Charleston. It is important that the council hears from residents regarding their concerns, to ensure the development minimizes negative impacts. I want to work with the developer to ensure your concerns are met, while also providing a vibrant commercial area that has great places to shop and eat and enhances our property values.

Please add your comments below! 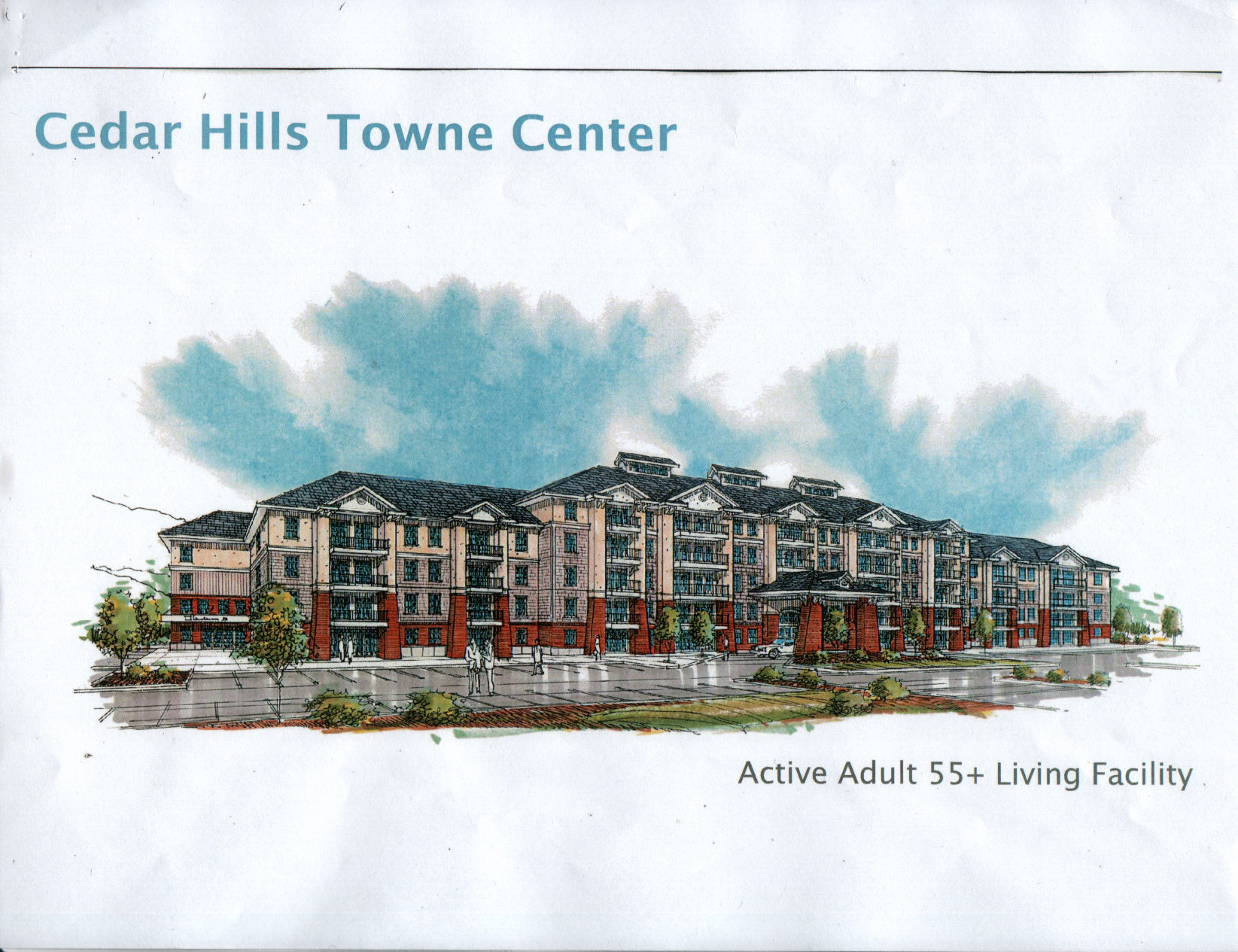 The city has been approached by Blu Line Designs and Project Utah to build an apartment complex for 55+ adults. The developer would like to purchase the property owned by the Smart family, across the street from the Charleston and the Walmart. On this property, they would build an apartment complex, shown above, with some first floor retail and a few adjacent retail buildings. Long term, the developer would also like to purchase the property owned by the city, to the south of the Hart's gas station, and add a movie theater, restaurants, and retail.

The planning commission has met with the developers several times, and a presentation has also been made to the City Council. The city held a public hearing for the preliminary plan on October 24th. Numerous residents attended and provided feedback regarding the development.

Suggestions I have heard include limiting the building to three stories, ensuring there is adequate parking, and relocating the theater so there are lower retail areas adjacent to the neighbor's backyards. The council should explore requiring an agreement that units can be rented only to 55+ residents, with a maximum of 2 or 3 people per apartment. Once the south part of the development comes up for consideration, the council should work with the surrounding neighborhoods to ensure traffic concerns are met.

Below are images of the current design, as presented at the public hearing.

This is a high-level view of the development plan. You can see the apartment complex in the back left. In the center is a retail development anchored by a theater. The road coming up from 4800 W toward the theater is split by a large, landscaped median, with street parking in front of restaurants and shops. Directly in front of the theater is a public plaza, including a fountain or splash pad (possibly an ice rink in winter), with shops on either side. Surrounding this are other restaurant and retail spaces. 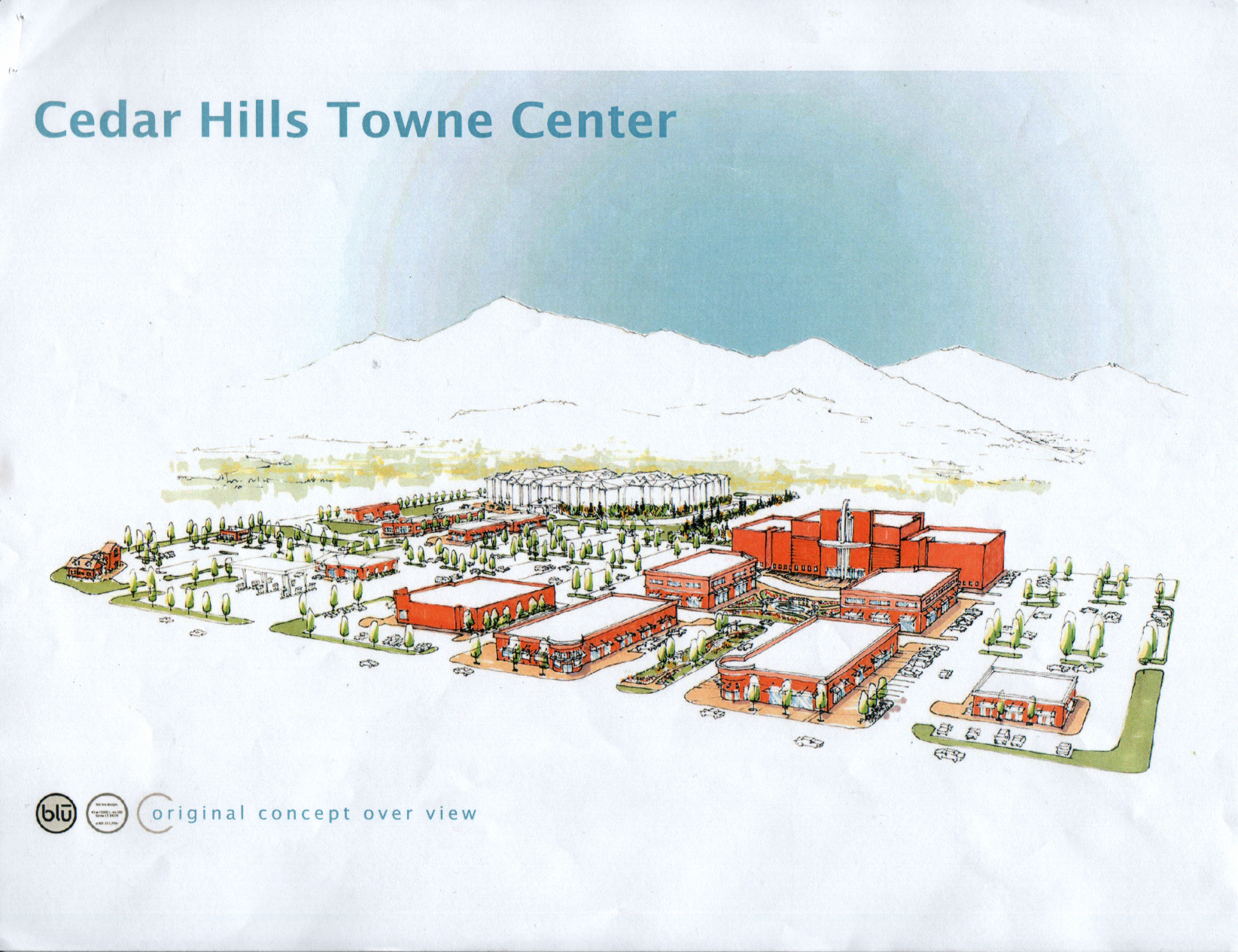 This shows the proposed buildings of the plan. You can see the apartment complex, rotated diagonally, so that residents are not looking directly down on the neighbor's backyards. The spaces between the wings are intended to be lanscaped gathering areas. The main street through the development cuts north-south from Walmart over to the movie theater. This is intended to have a "downtown" feeling, in the sense that the street has wide sidewalks, landscaping, and traffic calming devices, so that cars are not speeding through the area and people can safely walk or bike from shop to shop. 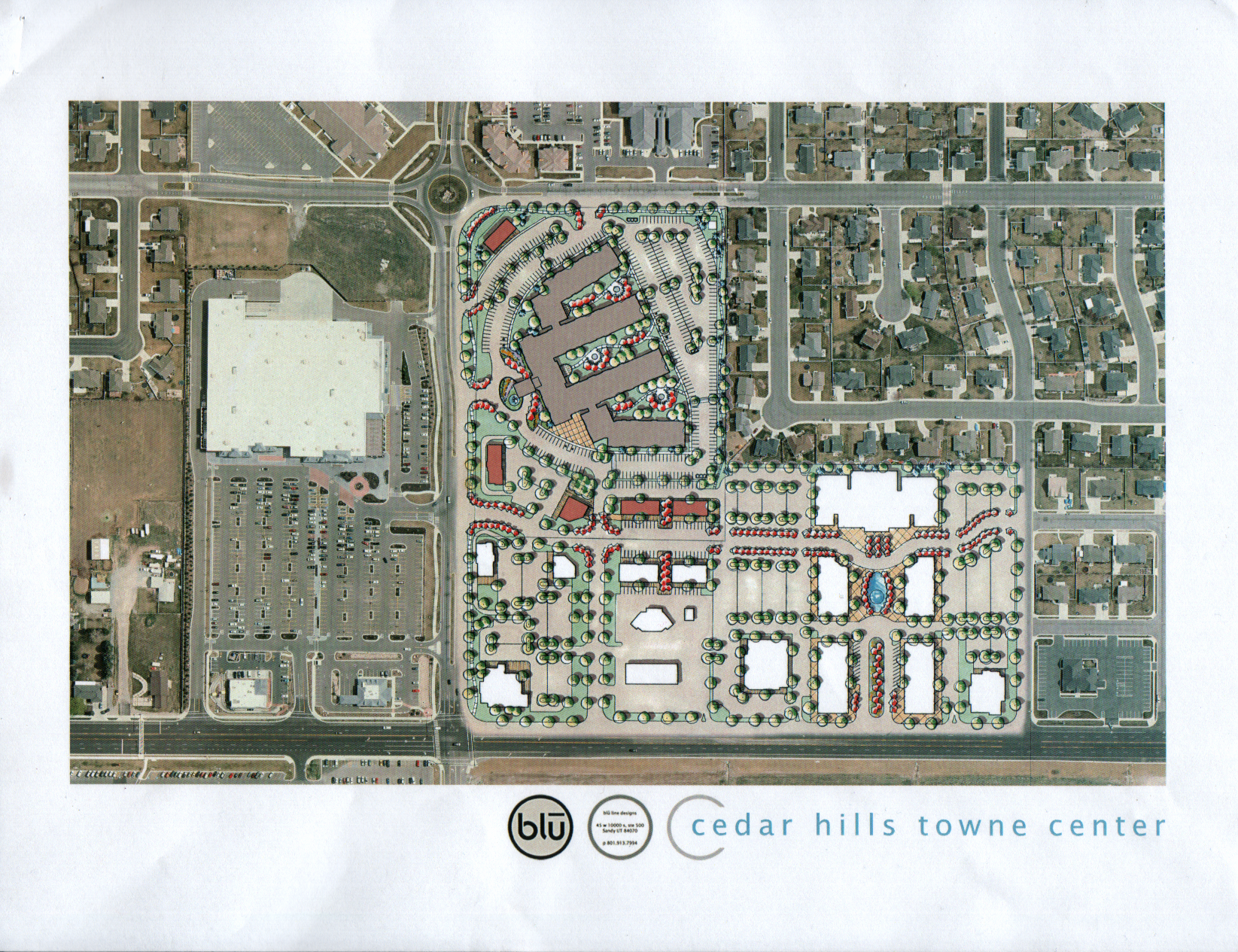 I have encouraged the developer to extend the feel of this street all the way to the movie theater. The parcel to the north and west is owned by a different developer, and Blu Line is working with them to try to be sure their plans dovetail with this concept.

The developers have provided the following rendering to show the scale of the apartments as compared to the neighborhood homes. Rotating the building does provide increased space between the homes and the complex. 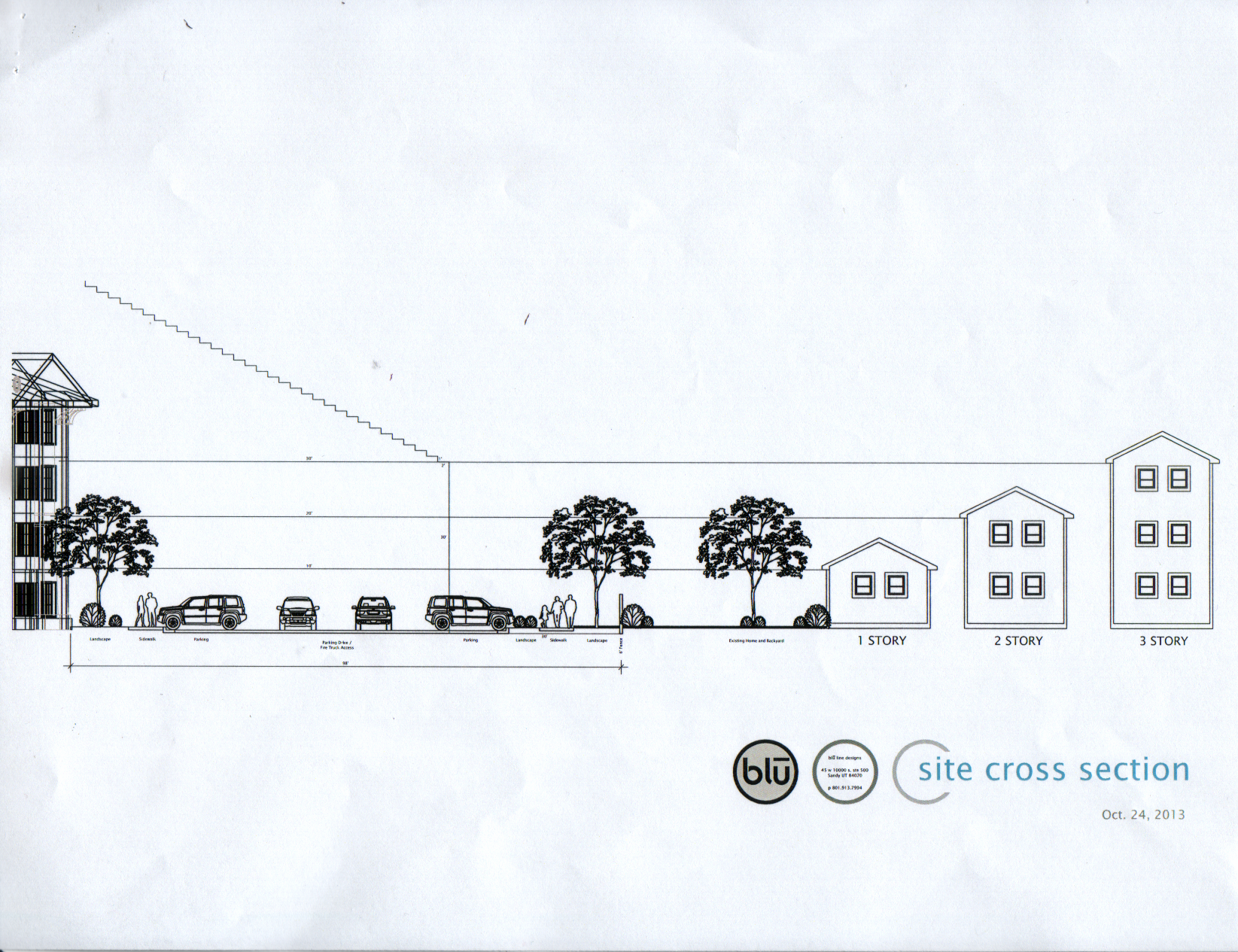 The developers plan to put an exercise trail around the apartment complex, and this shows one proposed element of the trail. 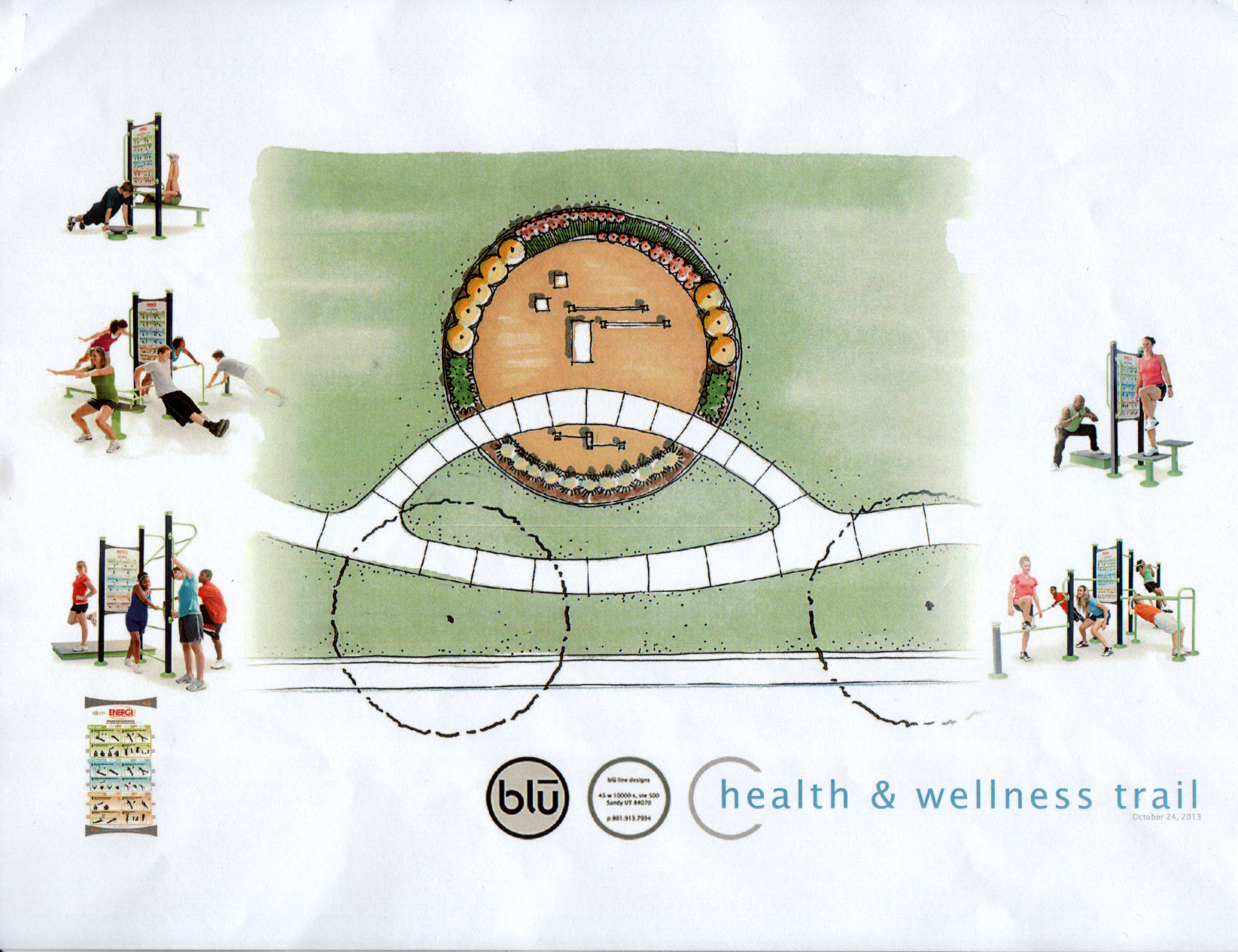 The following are computerized rendering of the apartments as seen from Harts. These are taken from when the complex had all wings with five stories.

First, the view from Harts: 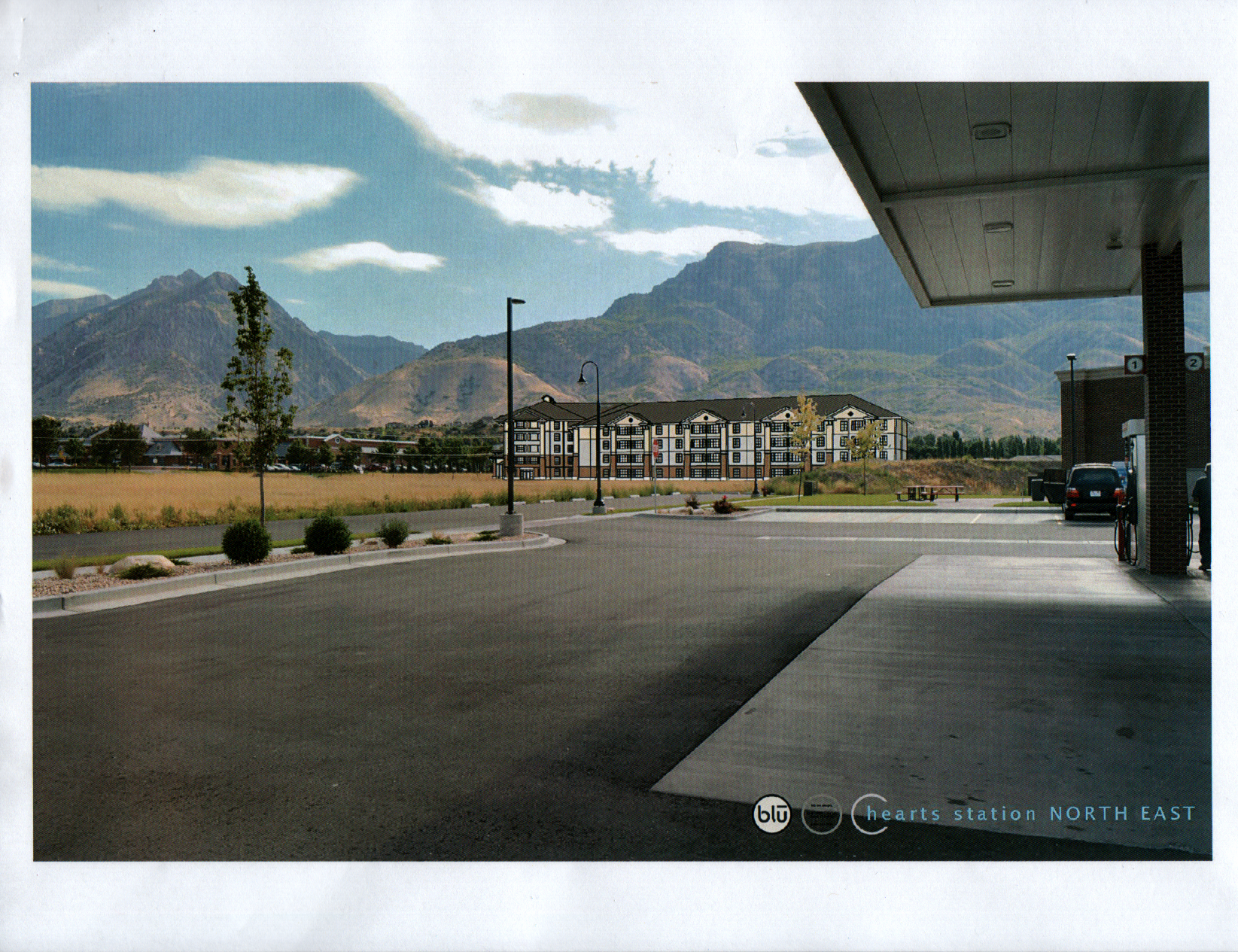 From north of the nearby roundabout: 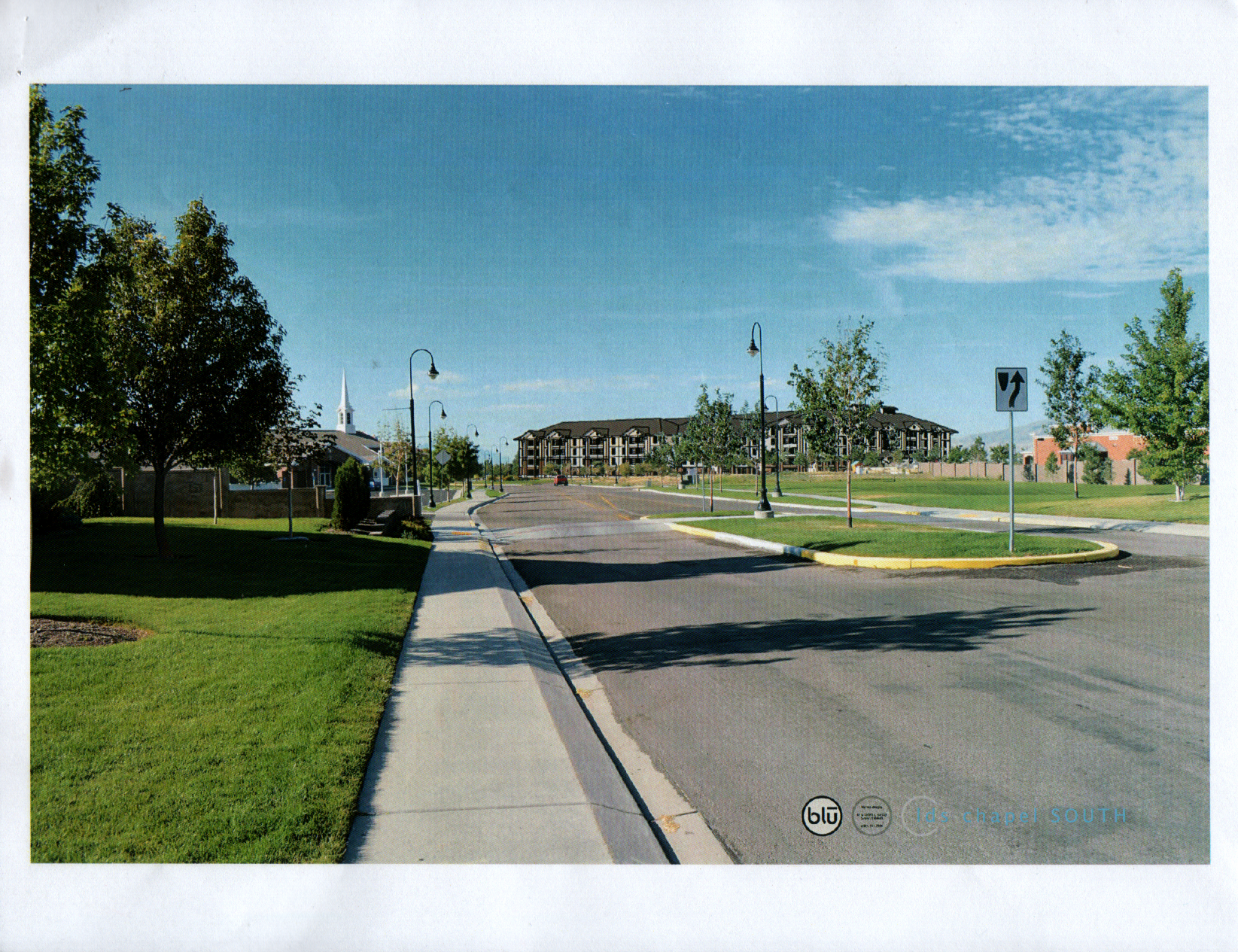 And from the golf course: 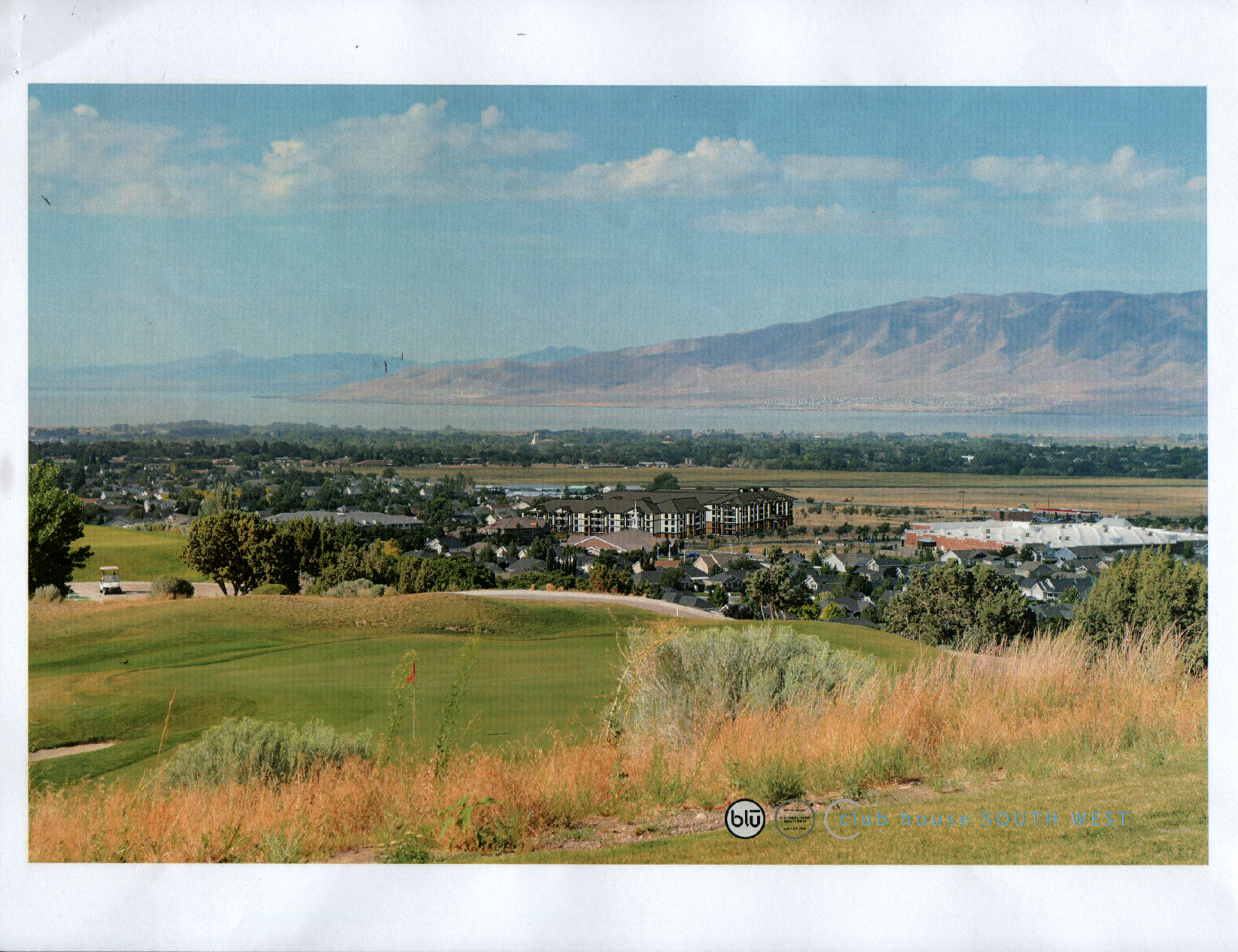 Note that you can also see some of the earlier designed presented at previous planning commission meetings, held August 22 and September 26.